CyberPunk 2077 is the game of the moment and that everyone wants to try. Despite all the problems they have had, players have spent hours discovering everything that CD Projekt RED has been preparing since the game was first spoken.

Of course, with all the hype around this game, hackers saw it as a way to reach new victims. So, even with all the alerts, a supposed version of CyberPunk 2077 for Android is circulating, which is nothing more than a ransomware. 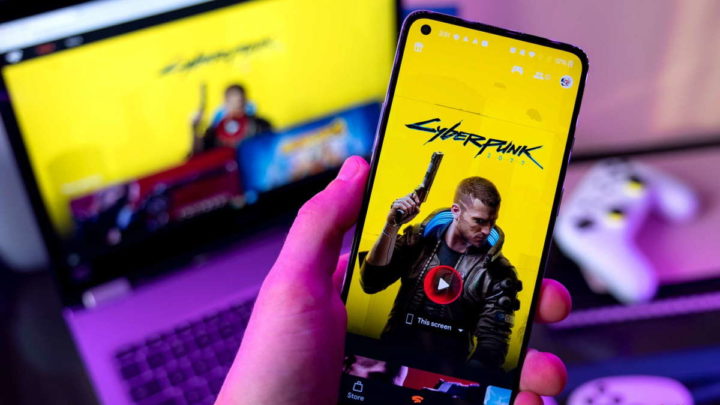 The platforms where CyberPunk 2077 is present are well known. The game was recently presented and did not include mobile devices, at least directly and in the traditional model. Thus, both Android and iOS were left out.

This gap has been taken advantage of by malicious parties that have been quick to create an alternative and that has been deceiving many people. In fact, from what is revealed, this supposed version is nothing more than a ransomware that blocks the Android smartphone.

The first version of this fake game was in the Android Play Store for some time, having been, however, removed by Google. The problem remains, however, active because a website was created that with an image similar to the Android store allows the fake game to be downloaded and installed.

After this wrong step, access to all smartphone permissions is requested, which quickly opens the door to attackers. The smartphone is thus in their hands, so it is locked without user control.

The next step is, unfortunately, that of any current ransomware. The user is asked for an amount to unlock and grant access again. From what is known, this amount will be 500 dollars and the user has 10 hours to access the redemption request.

Even though it is a fault that is blamed on users, the truth is that it is a global problem of Android. This type of apps should never be installed, especially when it is known that the version for mobile operating systems does not exist, and Stadia must be used for these platforms.

Microsoft Teams presentations will change in March. Platform will give more prominence to contacts – Apps

Are you telecommuting? Learn how to protect your data

Microsoft Teams presentations will change in March. Platform will give more prominence to contacts – Apps

Are you telecommuting? Learn how to protect your data